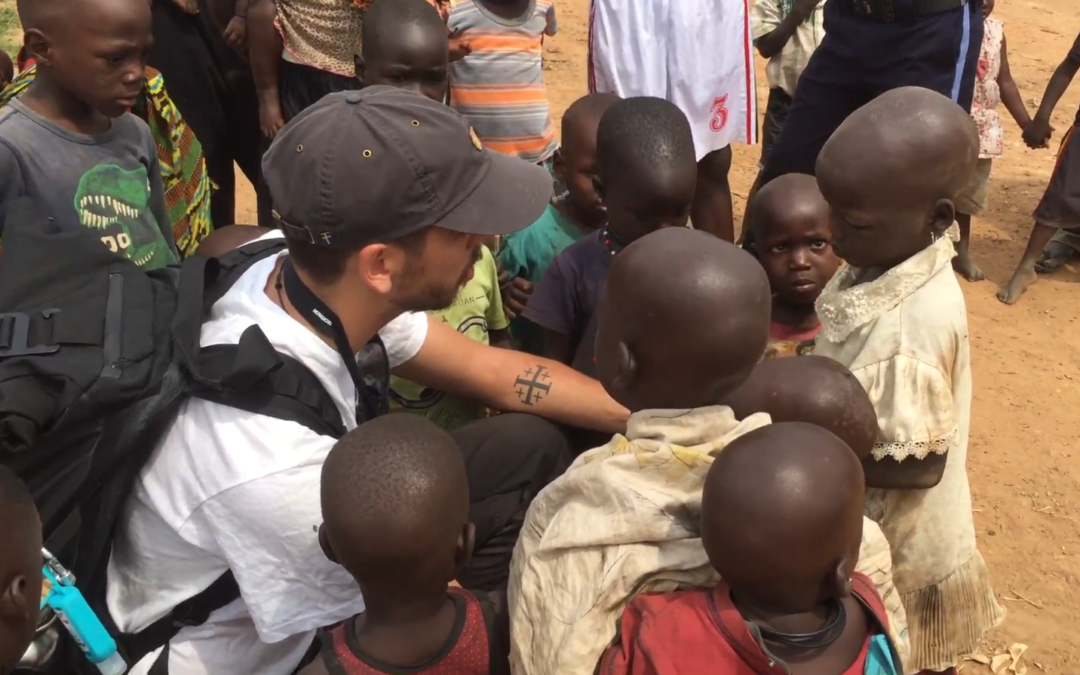 There must have been over a hundred children running, playing, shouting, pushing and shoving each other to be able to hold hands with the aBazungu (white people). But one little girl lay on the dusty ground without moving. Some of the other kids were even kicking her.

One of our team, Ben, asked what was wrong with her. She was burning up! It might have been malaria, which is endemic in this part of Africa. Ben prayed for her and she stood up but was obviously still feeling unwell.

Later on, Ale and Sergio also prayed for her. As they knelt down in the dirt, a whole crowd of children gathered around, trying to see what the aBazungu were doing. Sergio explained that they could also pray for her: God works through children’s prayers too. The placed their little hands on the girl’s body as Ale and Sergio prayed.

Before we left that day the girl, who we called Cinderella, seemed a bit better. At least she could now stand up.

Two days later, the team returned to the same place, this time with an enormous bag of clothes to hand out. We saw the same little girl running and playing with the others! She had been healed!

We were able to wash her face, give her some new clothes and some shoes.

In God’s eyes, each person is valuable. For Him, Cinderella is important and worthy of His healing touch as well as of clean, new clothes.

In just two mornings in the slum, there was not a great deal we could do to alleviate the tremendous suffering there, but we gave what we had, whether spiritual, emotional or physical. God poured out His love and compassion in our hearts so that we could share it with these little ones.